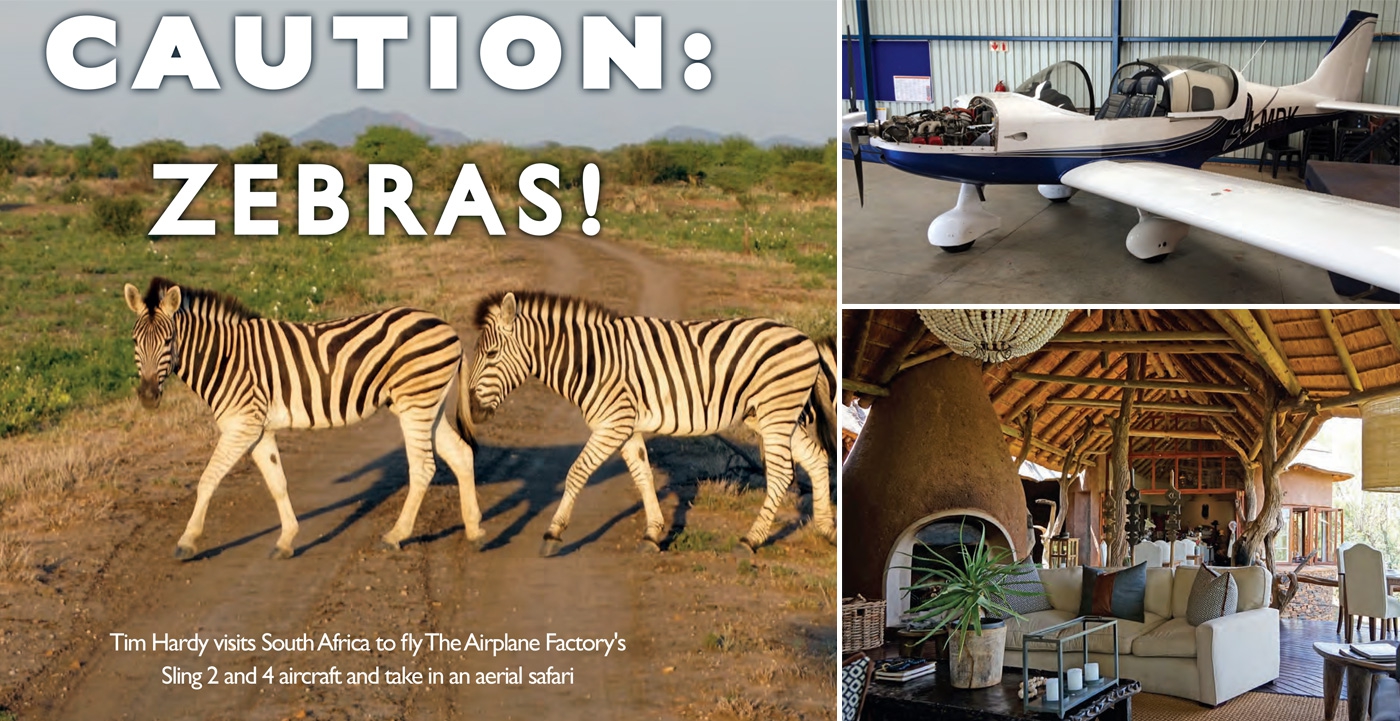 “Foxtrot Zulu Foxtrot, caution zebras crossing the threshold of Runway 08.” This from a recently landed Cessna Caravan of Federal Air, a South African regional carrier.“Err, roger, understood, Foxtrot Zulu Foxtrot.”So now we were on the approach for 08 at a game reserve’s dirt airstrip, looking out for this mobile FOD. We’d flown for two hours from Johannesburg over the most incredible and unfamiliar terrain, descending from Johannesburg’s lofty 5,500ft elevation to ‘just’ 3,250ft with temperatures heading towards a midday 40ºC.

After landing, we were packing up the aircraft and securing some thorn bushes around the tyres (hyenas chew the tyres apparently, especially if they have picked up dung on the runway) when the driver of one of the vehicles sent out to collect passengers asked which lodge we were staying at.“Ahh”, he said, “I think you have landed at the wrong airstrip.” “Ahh”, we said, and rapidly removed the thorn bushes and aircraft cover, and secured our bags for an expeditious departure fully aware that the passengers from the Caravan had been anxiously waiting in their vehicle whilst this exchange was going on… and, of course, who knows what was anxiously waiting in the bush for an opportunity to inspect these strange visitors up close!

The End Of A Big Journey!