The date of departure has been moved to 11am on Saturday the 18th of July 2009. The Sling Around the World team have put in a lot of extra hours preparing the aircraft and flight testing and need an unhurried final preparation time and this will give them one more day to double-check everything but more importantly this will give Mike and James time for much needed rest before departure. Of course it also means you can now bring the whole family to enjoy their departure on Saturday.

Due to unforeseen delays with some documentation, we had to move our departure date to
Friday the 17th of July at 10am.

It has been a few hectic days. At the moment we are busy programming the IndigoSat Aircraft Traffice system, and will test it fully tomorrow while flying around. The landing gear was altered and the new one has gone to spray-painting which we will have back tomorrow as well. Will keep you posted on any other developments.

Herewith are photos from our flying the past few days. No substantial problems have been identified. Jean d'Assonville said “I can't believe it, she handles like an aerobatic machine, you've got to have her acrobatically certified.” Working currently on auto pilot, the propeller, and other increasingly finer considerations.

Due to delays in documentation and flight permits, Sling 002's date of departure for Oshkosh has been set back to Thursday 16 July 2009. Departure will be at 10am from Springs Airfield.

Today was spent between more flights, double-checking the autopilot system, the new IndigoSat Aircraft tracking system and making appointments for all the inoculations we will need for the countries we are flying through.

We should also be getting our new website-interface add-on which will enable all website visitors to get a live update via the IndigoSat Aircraft Tracking System to know where we are exactly. Will keep you posted.

Test flight day is here! We are conducting the first test flights at lunch time, so hopefully by later this afternoon we will post some photos for you.

The operations have now been moved over to the airfield, and everyone have been burning the midnight oil to finalize the last bits of assembly. Though we were hoping to do the first test flights today already, the last phase of assembly and double-checking everything in the engine and avionics has pushed our test flight into next week. We will keep you posted.

Here are some of our latest photos showing the instrument panel and the spray-painted nose cowling.

The instruments are all in, and we are preparing to move the aircraft to the airfield.

The nose cowl has been painted. The team fitted the canopy last night, which works beautifully.

We now have our Facebook page up-and-running as well.

The team worked till late last night to fit the new canopy properly.

Our route had to be changed en-route to Oshkosh. See The Route Page for more details. Our departure date has now also been brought forward a day to the 14th of July 2009.

It has been a very busy few days for us. All the newly spray-painted sections of the aircraft arrived back, the static wing load test was completed without any hitch, and the airplane for the trip around the world is being assembled very quickly now.

We are going yellow! Our first yellow spray-painted sections for the aircraft being used to fly around the world, arrived back today!

The apparently endless weeks of detailed drawing and design work are nearing their end and construction proper on Sling 002, the “Production Prototype” Sling which Mike and James are planning to fly around the world, has started in earnest. The wings, standard save for the insertion of additional 83 and 87 litre fuel tanks in each, are nearing completion. In four hours on Sunday and 8 hours on Monday 24 and 25 May 2009 Mike, James and Steve put together the bulk of the rear fuselage. At last there is again something in the factory that resembles an aircraft! We now hope and expect to have Sling 002 ready to fly by the third week of June 2009, at least three weeks before departure for Oshkosh.

Everyone at The Airplane Factory and friends, are working like mad for the 15th July “Around the World” take-off. Rear fuselage now looks like an aircraft.

Mike, James, William, Steve, Johan and all others involved in The Sling's development are absolutely delighted with the way she flies, every single design objective having been achieved. Others who have flown in and commented favourably on the Sling include Class 1 test pilot, Dave Stock, 2006 World Advanced Aerobatic Champion and Red Bull Air race competitor Glen Dell, SA Flyer editor Guy Leitch and test pilot and instructor, Marc Gregson.

The Airplane Factory has already commenced construction of the production prototype Sling which Mike and James intend to launch at Oshkosh in July this year. How will they get it there? Fly it from Johannesburg of course, and back the other way! See our Round-The-World link to learn more about the planned flight. 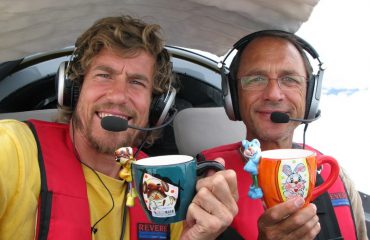 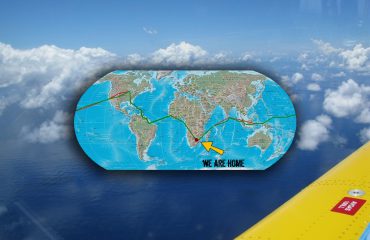 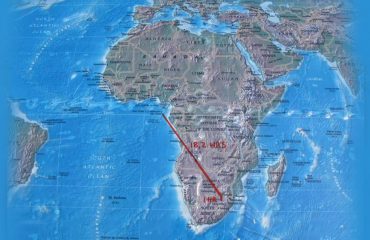