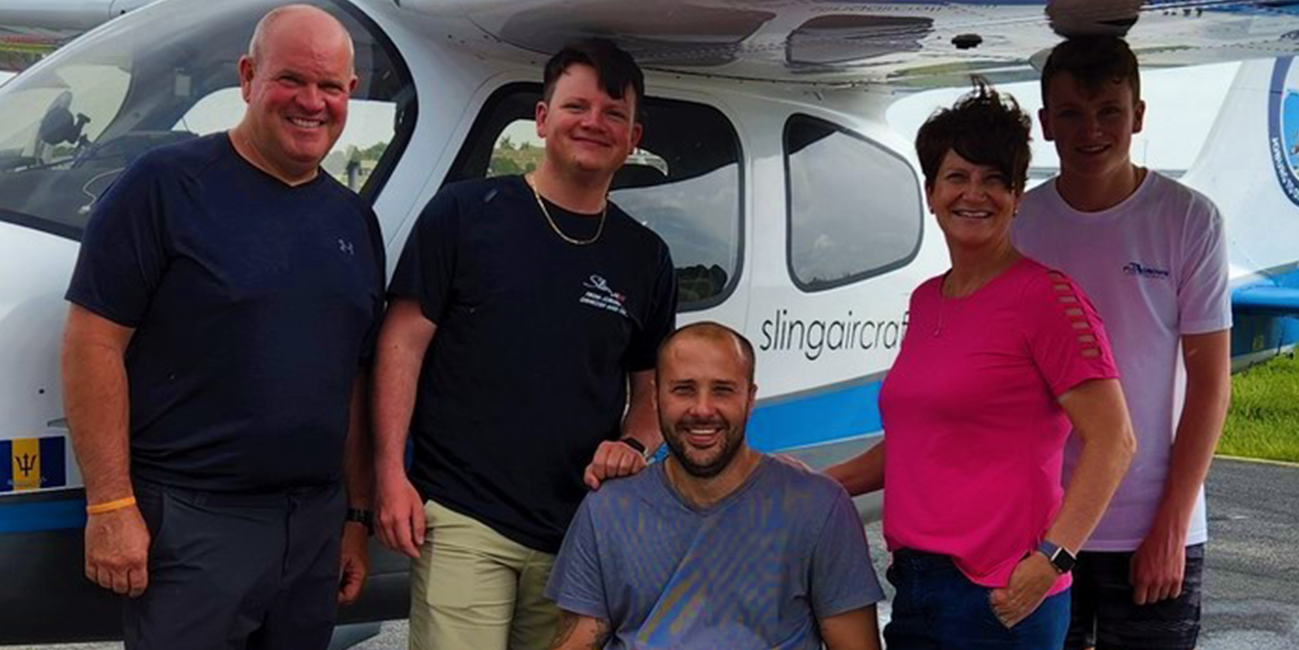 What a weird day! It turned out that JP and his flying partner, William, are both entitled to enter the USA only on “ESTA” arrangements – Their having German and New Zealand passports respectively. The effect of that is that they cannot fly in on their own aircraft, but must travel into the USA on an ESTA registered and approved mode of transport, essentially being a jet airliner.

So I flew JP’s aeroplane into the US (Nassau, Bahamas, to Fort Lauderdale, Florida – just a 1.5-hour hop). But I’m not entitled to fly a US-registered aeroplane, so Linda arranged for her Jet Blue mate, Gabriel, to fly with me, which left Matt alone. Matt’s 100% capable, but he’s a PPL with only about 30 post license flying hours, and a slightly iffy “hands only” flying set up on SHW (quite good enough for him to get by, but still a little wonky, to be honest). So Linda also organised for a 19-year-old member of the EAA Naples, Florida, Chapter who participated in the Naples Sling Youth build, and who has a PPL, to come fly with Matt. (Linda’s able to use her Jet Blue Buddy Passes to cheaply reposition friends around the globe – extremely useful!). Then two siblings, Matt and Jessie, kids of one of Sling USA’s shareholders, Wayne Toddun, joined Linda for the Nassau to Osh segment, she having lost Mike to the impossibility of obtaining a US visa renewal timeously post Covid.

I have to admit that the departure from Nassau was a bit of a fiasco – ATC made it incredibly difficult, insisting upon breaking up the formation, giving separate instructions to each aircraft and the like. And to make matters worse, Florida was covered in storms and has extremely busy airspace. Things did conspire against us a little, but we all got safely to Fort Lauderdale where we were treated like kings by customs and immigration, the local FBO and really all and sundry. Gabriel and Garrett must have had their hearts in their mouths, though, thinking they’d landed themselves amongst a band of outlaws. It did all feel a bit like African refugees arriving uninvited in southern Europe!

Following heartfelt goodbyes to our new friends and team members in Fort Lauderdale, and freshly reunited with JP and William, we set off to make as much progress towards Oshkosh as we could, to place ourselves in the best position possible to get in there tomorrow morning. We put down in Decatur, Georgia, for lunch and cheap avgas, where Matt and I had to attend to some control system issues. It did feel absolutely magnificent to be in the USA, and everything in Decatur just seemed perfect. We all got sopping wet in a deluge, ate burgers and chips and then set out towards a reasonably intense storm system spanning mid-America, and which many Oshkoshers are apparently struggling to fly through. Everything just seemed to go our way, though, and we were able to fly in close formation for hours on end, under, over and around cloud systems, until we eventually made Bowman Field, Louisville, Kentucky (home to the annual Kentucky Derby horse race). The scenery between Georgia and Kentucky is simply magnificent – there is just so much space (and so much money) in America, it is quite incredible.

Bowman Field is also the oldest continuously operated airfield in the USA and has a special place in my heart because it was my and Mike’s last stop before Oshkosh in our 2009 around-the-world flight in our production prototype Sling 2. We were met on the tarmac by Sling High Wing customer number 98 and his son, who saw us fly past his front garden. He said to his wife, “Hey man – there’s the aeroplane I’m buying – they’re obviously going to land at the Bowman Field – I’m off to have a look.” What a small world!

We’re now all ensconsed in the Louisville Courtyard Marriot Hotel for the last night of phase 1 of our adventure – excited but also all a bit heartsore. If all goes according to plan we’ll set off about 8h00 local time tomorrow morning and arrive at Osh to a great SA welcome around 10h30. What a wonderful experience!” 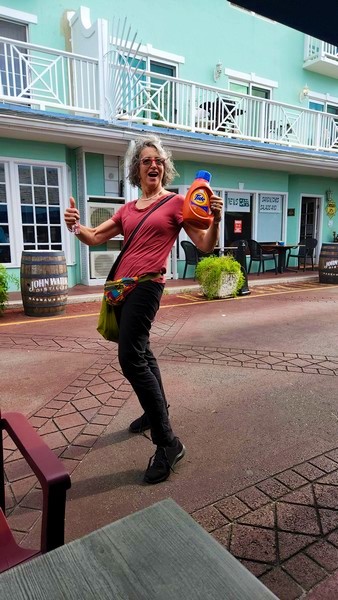 Linda having found detergent to wash everyone’s clothes in the Bahamas. 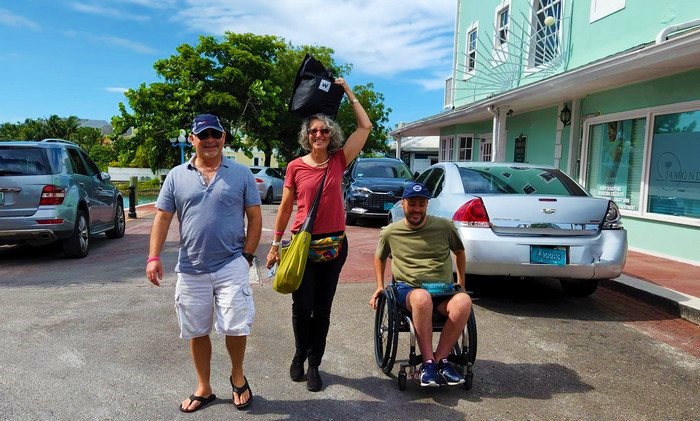 And carrying my and Matt’s laundry African style. 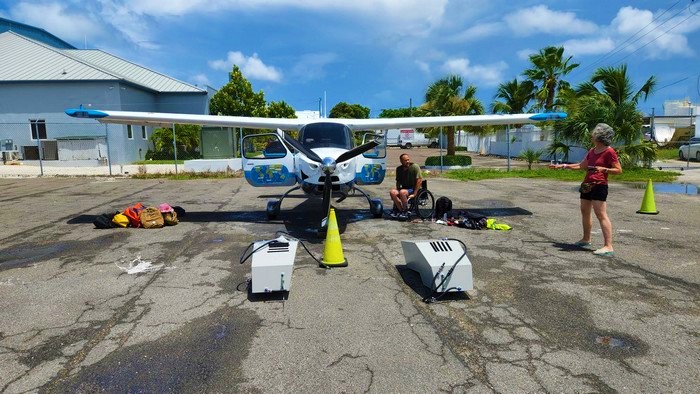 Tanks out, long legs over. 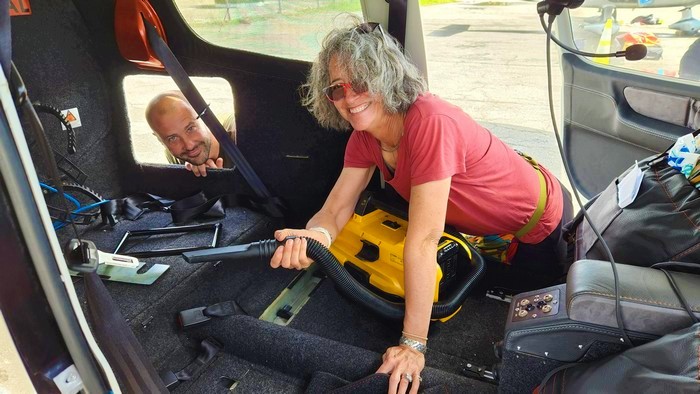 Linda still doing housework hoovering the back after tanks out. 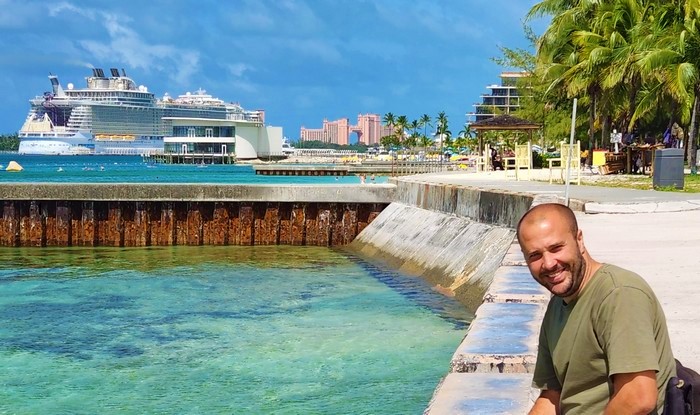 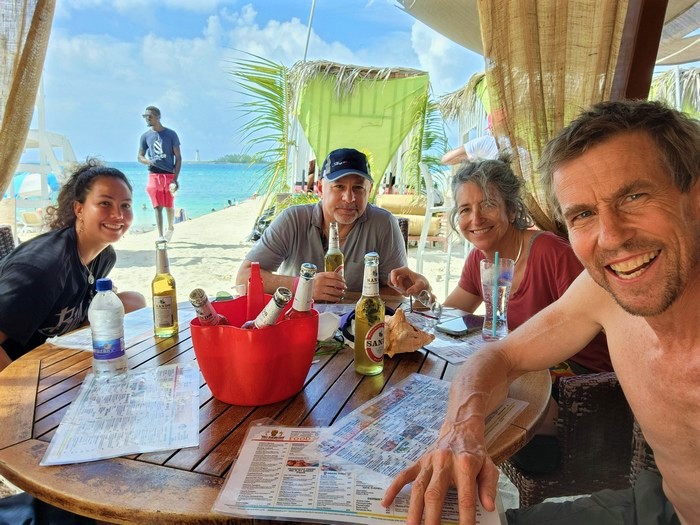 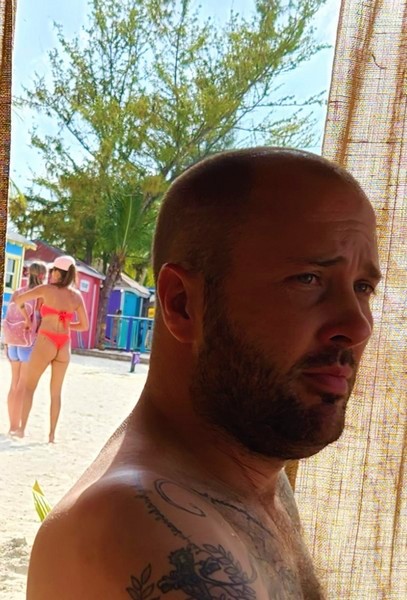 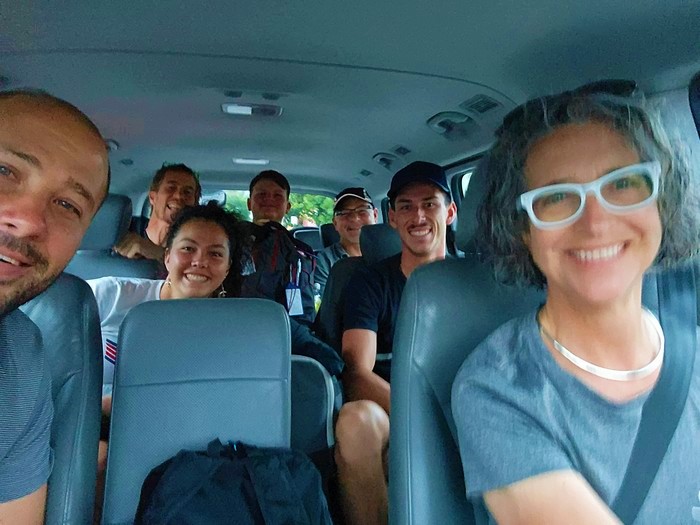 On the way for take off to Fort Lauderdale, the great switcheroo. 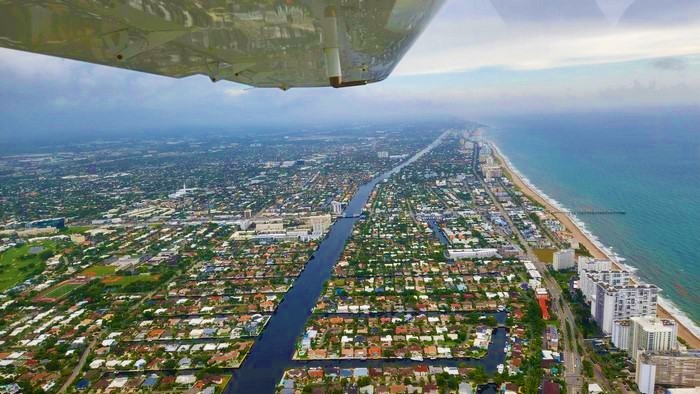 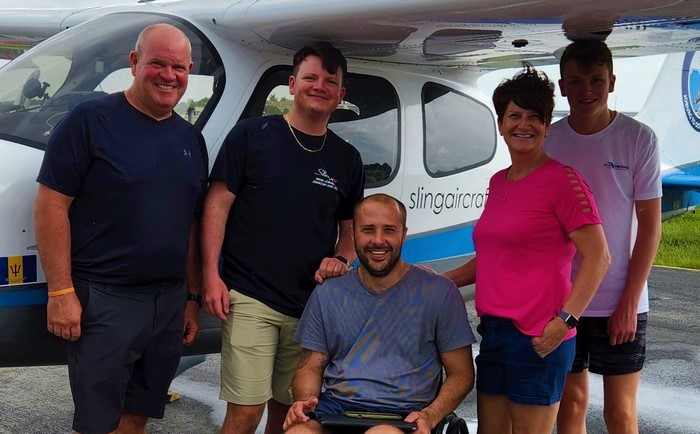 Garrett with his family. What a wonderful kid. 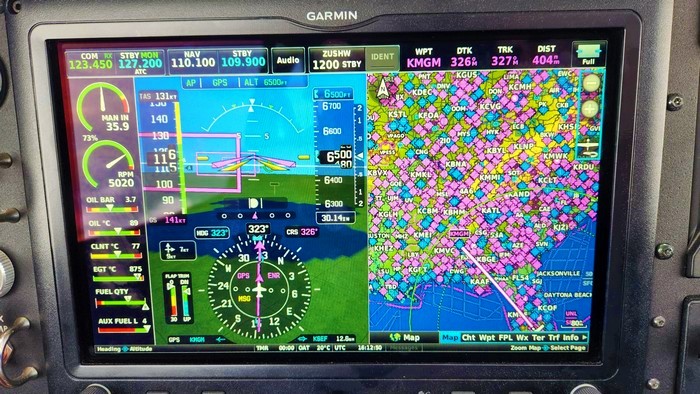 Man, there are lots of airports in the USA. 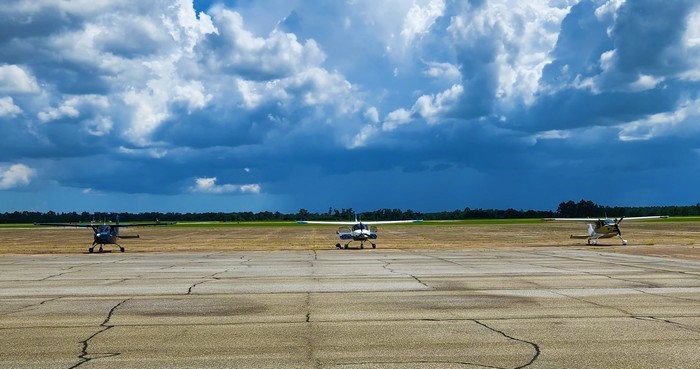 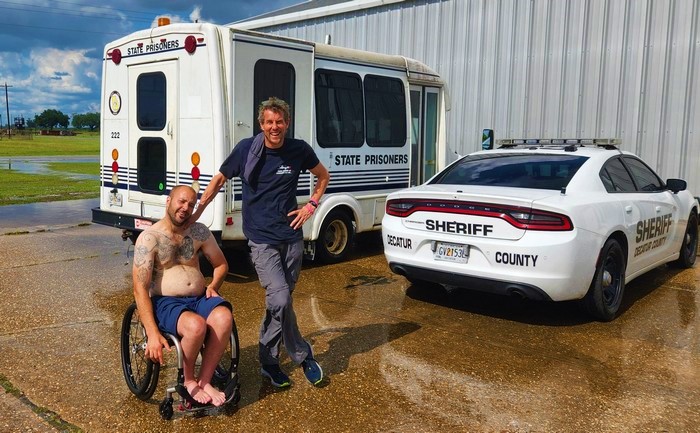 Checking out the US feel. 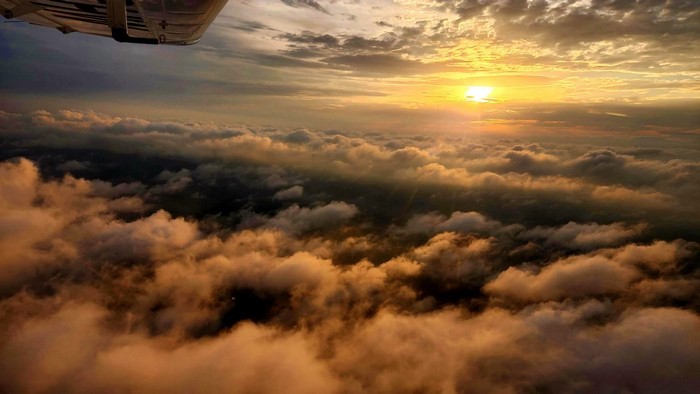 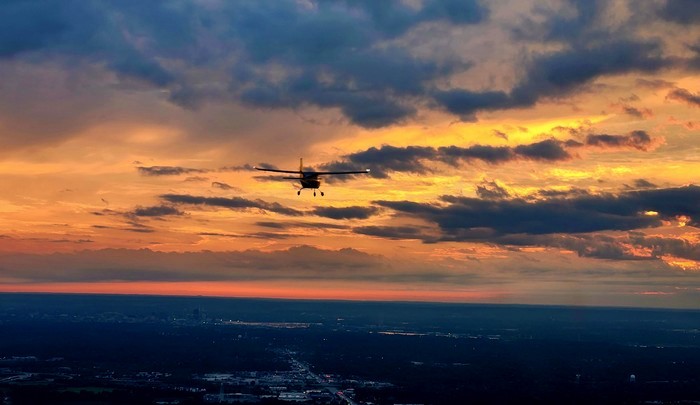 Linda ahead into Bowman Field. 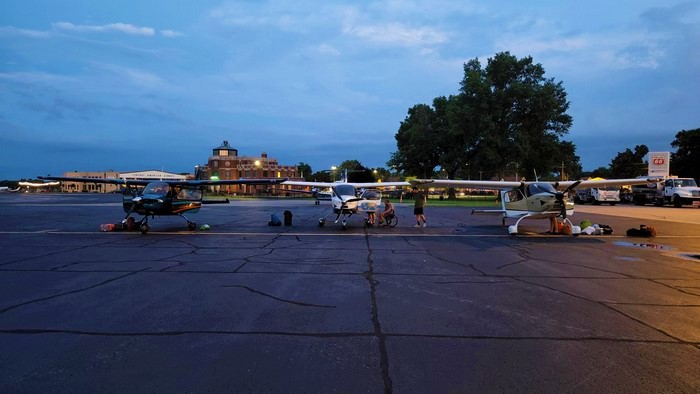 Parked in Kentucky for the last night.

Catch Up With Mike From Barbados

Catch Up With James From Greenland 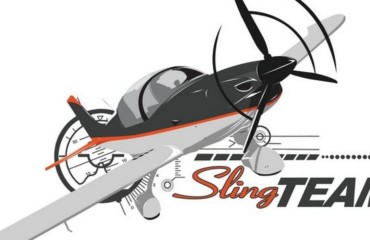