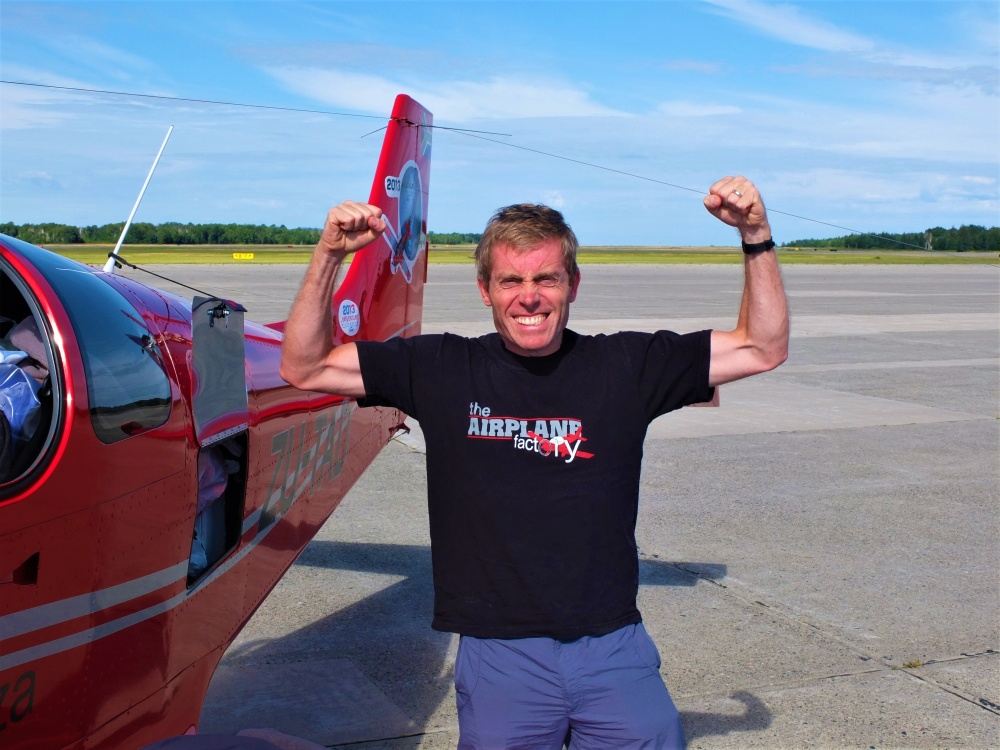 We wanted to keep this Sling 4 as close to the standard product as possible but due to the distances we have to travel over oceans, jungles, deserts and ice caps we have had to make a couple of changes. Namely… The fuel tanks – they are increased from 184 litres to 450 litres (giving 20 hours of endurance) Some additional instrumentation – A PCAS, a venturi driven AH and CDI and an HF radio and a satellite tracker – care of Dennis Jankelow and Associates and Indigosat

The Sling 4 concept emerged from the performance of the standard Airplane Factory Sling 2 during Mike and James’ 2009 circumnavigation. Conceived as a 600kg MAUW “light sport” aircraft, it was soon clear that, even with a normally aspirated 100hp motor, the standard Sling was able to climb and perform well right up to 970kg. The first consequence is that The Airplane Factory Team performed all the required tests and approved the standard aircraft at 700kg MAUW. We also simultaneously commenced work on development of a light 4 seater version of the same aircraft.

The chief differences between the Sling 2 and the Sling 4 are the wing size, the engine and the centre fuselage arrangements. Where the standard Sling customarily uses a 100hp Rotax 912 ULS or iS engine, the Sling 4 will be fitted with the 115hp turbocharged Rotax 914 UL engine. Although a 15hp difference doesn’t sound like the world, the turbocharged engine gives full power at up to 15 000 feet, at which altitude the 100hp would only be delivering approximately 55hp. So on a hot day in Johannesburg the swing in power between the 912 ULS and 914 UL engine is in the vicinity of 36%, not just 15%.

Secondly, the Sling 4 is fitted with the extremely robust and high quality Airmaster constant speed propeller system. The main consequence of this is that right from the beginning of the take-off roll the engine can be set to rev at a level that provides optimum power. In addition the aircraft can be set to cruise efficiently with minimum fuel burn.

Finally, the centre fuselage has been lengthened by 450mm to allow for the rear seats and the canopy has been lengthened to accommodate the seats. The canopy frame is manufactured from carbon fibre and composite, and uses a gullwing door arrangement. One benefit of the new canopy arrangement is that it provides significant additional rear fuselage to centre fuselage structural support. This is something that The Airplane Factory had to work very hard on getting in the standard Sling, particularly under negative g loadings.

It is expected that the Sling 4 will perform materially the same as the Prototype Sling 4 when at MAUW, 920kg’s. This means that the aircraft will cruise at 115 knots, have a range of nearly 1 000 nm (1 800km), burn approximately 20 lph of mogas or avgas and have a take-off roll at MAUW of approximately 200m. The Sling 4 has a useful load of not less than 470kg. It accordingly fits into the class of a light 4 seater. It has all the benefits associated with the standard Sling with the added elegance of the longer fuselage and wings!” 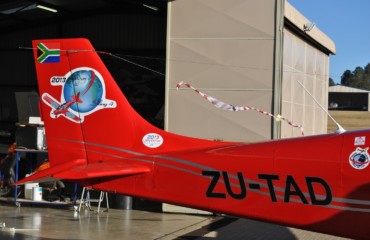 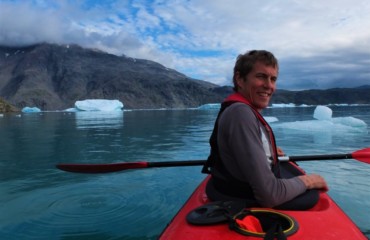 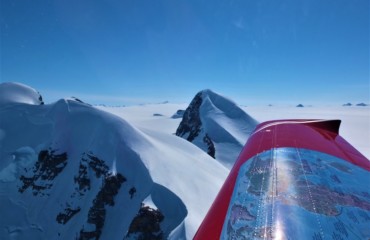