A short update from Radom -157

We’ve been in Radom for a couple of days checking out our prospective distributor (Solaris Group Aviation and Wind Sp z o.o.’s) premises and negotiating terms of distributorship (within quite a bit of food and drink in between, including what turned into a profoundly disabling vodka drinking session for me). Luckily I got in a good game of tennis with Jarek yesterday morning to purge my system while Mike trained prospective pilots with Konrad and Marek.

Later I flew to Warsaw to get Mirek Zalewski signed out in the Sling (he’s an SA pilot and instructor who’s currently the chief pilot in the Polish national airline) while Mike was given a guided tour of some of Radom’s impressive manufacturing facilities. Mirek in turn signed out Solaris’ young pilot, Michael, who also has an SA pilot’s license. The local contingent managed to ding a wheel spat off the Sling while taxiing on these rough grass verges, however, and the right tyre was leaking again, so we’ve had a bit of work to do once again getting everything ready for Friedrichshafen.

Anyhow, now we’re just about done and we’re heading off to Prague in a minute, en route to Friedrichshafen. In Prague we’ll be put up by Andries Botha and his wife Sandra, who is the SA ambassador there. Trying to make sure all’s in order I just got Andries’ sms response which reads, “Engelsman, julle kom kuier by boeremense so natuurlik ontmoet ek julle en natuurlik was ons julle klere!” So it looks like a bit of much needed home from home.

Meanwhile we received the attached picture of some of the Airplane Factory team from back at Tedderfield, which also just about brought tears to my eyes. Jean flew two more Slings over the weekend, which makes nine now airborne. What smiles to come home to and what a perspective check in this rarefied continent!

Slinger Syndicate takes to the skies in true style! -320 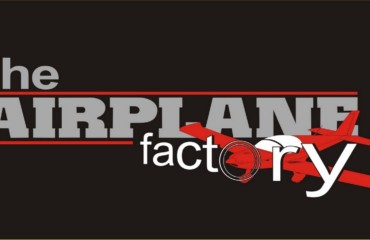 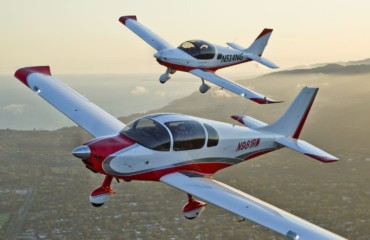