Another day in paradise -243

Holy smoke! James is home and we haven’t even left Torrance. After dropping James at LAX yesterday morning , Mike hit the laptop to finalise flight planning and with the help of our friends here I set about filling up with gas and packing the Bullet to start heading south. Before Mike could file the flight plan FAA called and informed us that before we could depart we needed to re-apply for a SFA (Special flight authority). However this came about and whether it’s good or bad we could debate for ever, but it resulted in us delaying our departure, and here we are.

As always I seek out and lock onto the good in any situation. The first good was that I was able to take Ryan Ruel for a flight in the Bullet. The significance of this is that this very capable and sporty young man is employed by Airplanefactory USA and with Matt Liknaitzky will be responsible for marketing the Sling in the States, so at least now he has flown a Sling, albeit the Sling 4 with full wing tanks.

The other plus is that Mike and I were able to take the Robinson helicopter factory tour. We wished we were allowed to take photos because that is an awesome operation, somewhat like we envision our factory to one day be. Another is that when I flew with Ryan the instrument problem we thought was sorted re-manifested, so we could spend the afternoon attending to it.

We had a relaxing evening over dinner with Matt and Ryan at restaurant called Texas Loosey’s eating real good steaks served by spunky lases wearing cowboy outfits, leather chaps and all, just without jeans. Yes, the meat was exceptional! A night in a rather funky groovy hotel rested us well, so with the hope of getting the required bit of papyrus which makes our departure possible, Matt picked Mike and me up at 7 am and we wizzed out to Torrance. At 7:27 a call from the FAA made another day at Torrance a reality.

So in our stride we have repacked the Bullet, Mike has flight planned to the hilt, been to lunch with our new friends Mike Maxwell and Jim Gates (Thanks for the Sushi Jim) and now we are back in Matt’s office waiting and waiting and waiting and waiting. We hope we will at least get the authority today and still be able to get to Brown field to clear customs and then across to San Felipe in Mexico for the evening. (5 mins later) A call has just come through from the FAA saying they require one more officials signature before sending the authority to Long beach and then we need to drive down and fetch it, about an hour away. So after chatting with Mike now, it looks like the wise thing to do will be to get this bit of paper today, have another night here and then get our butts into the Bullet early tomorrow morning and head south with vengeance.

And so this is how it goes, very frustrating but the best is to try keep moving and for all the rest adopt the Buddhist approach that James and I discovered in Sri Lanka. To quote Lennon, “Life is what happens to you when you are making other plans”

So a good nights sleep to you all! As soon as we have paper in hand we will post our plans. Sweet dreams!

Ps.We are missing you James

Note sent through to Mike and Jean -242 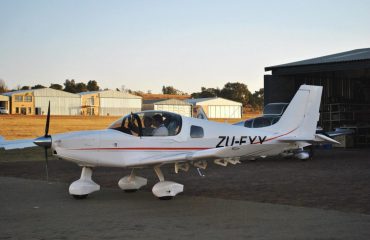 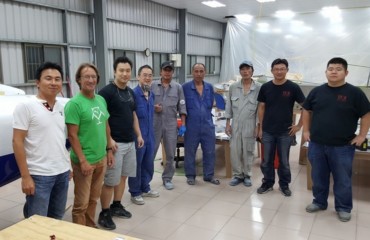