This morning Jean and I woke up at 09h30 local time, just missing the hotel breakfast. We shared a double bed last night for the first time on the trip – in every other hotel we&rsquo;ve had a room with two beds, as it&rsquo;s cheapest and most convenient. Up to now Phuket Air Park has been the only place we each had our own bedroom, so we&rsquo;re really getting to know each other well!

After wake-up I checked out our website, Avcom and Gmail, then had a long, luxurious bath, while Jean caught up recording all our finances. We&rsquo;ll give you a breakdown of everything we&rsquo;ve spent soon. Costs are very country dependant and, in the irrational way of the world, one ends up in situations where a cup of coffee in one country costs about the same as three nights in a hotel in another! It infuriates me, but then there&rsquo;s no point in getting angry about stuff you can do little about (and I think we learned some Buddhist tricks in Thailand!).

Sri Lanka for example is a cheap country to live in – our hotel cost about USD30 for both of us, including transport to and from the airport. Dinner with drinks (in the street) was another USD3. Then approach, landing and parking fees for the aircraft at the airport cost a grand total of USD6. But being at the only international airport in the country, our ‘handling fee&rsquo; was USD258 – and that comprised only the compulsory charges! (Each bus trip from aircraft to the terminal ordinarily costs USD40 and of course normally you require at least 2 of those if you&rsquo;re going to enter a country and then leave it &ndash; walking to your plane is not allowed! Aircraft chocks cost another USD30 etc. Luckily all the chocks can&rsquo;t fit under our spats and we persuaded our handlers in Sri Lanka to include only the absolute compulsory items. Still, I hate paying that kind of money. Maybe I&rsquo;m just mean!)

Anyhow, I&rsquo;m digressing. The first thought I wanted to respond to was Wysiwyg&rsquo;s (?) on Avcomm &ndash; basically, &ldquo;Aren&rsquo;t you pushing a bit close to the boundaries, breaking some rules, and shouldn&rsquo;t you think more of your loved ones and perhaps be a bit more careful&rdquo;.

It&rsquo;s a very legitimate question and definitely one we&rsquo;ve thought about and discussed a bunch. Jim, thanks for chipping in to that effect. My (and I know, Jean&rsquo;s) thoughts are these &ndash; We&rsquo;re 100% satisfied personally with the levels of risk we&rsquo;re taking, step by step. If we weren&rsquo;t, we&rsquo;d take a rain-check and re-think the approach. We have excellent equipment with lots of back-ups and redundancy, we&rsquo;ve already accumulated a bunch of experience and we&rsquo;re getting more as we go. We&rsquo;re aware that being watched can create pressure, but we&rsquo;re determined not to let that affect our decisions. Finally, we&rsquo;re on a personal adventure in which there are no passengers. Exactly as Jim said &ndash; you&rsquo;re allowed to put your life in some danger climbing Everest, and in so doing you set your own risk levels. There&rsquo;re no fare paying passengers along to whom we owe a duty of care.

That having been said, there are of course inherent risks and we accept them as we go. If we feel they&rsquo;re unjustifiable we&rsquo;ll wait, or perhaps even abort our plan. Weather is the greatest single danger, and there&rsquo;s no question that the weather risk is much greater when we fly at night than when we fly in the day. (The difference on that risk between day and night is greater than we expected, so we&rsquo;re changing our modus operandi a bit as we go). In my last post I tried to capture a little, but not very successfully, how some of the rules, often those intended to protect us, actually make it more dangerous. The best example was the issue of the Mauritius FIR crossing. On that leg we didn&rsquo;t follow our filed flight plan exactly. That&rsquo;s not acceptable generally, and it could be dangerous. But on this occasion we did it specifically in order both to minimize the weather risk (better weather routing and also ‘less time out there&rsquo;), but also to ensure that we had the endurance to make it. If we hadn&rsquo;t had the tail-winds we did, it could have been really marginal, the alternates were very few and far between and we&rsquo;d have had to make some difficult decisions, all at night. So we clipped through the Mauritius FIR, FOR SAFETY, NOT IN SPITE OF IT. (Incidentally, close associates back home knew our exact routing and we had PLB&rsquo;s to show exact position in case of problems).

So sometimes the rules actually conflict with the considerations of safety. I&rsquo;m not saying one should necessarily generally adopt that approach in life &ndash; mostly if one feels that for safety you need to break the rules it&rsquo;s probably best just to change what you&rsquo;re doing. But here we&rsquo;re dealing with quite an exceptional set of circumstances and we do need some freedom to make our own decisions.

One final thought on questions of weather and decisions more generally – it&rsquo;d be nice to wait for the right weather and circumstances every time, but the sad reality is that if we did do that we&rsquo;d probably takes months to get around the world, by which time winter would be coming in the northern hemisphere, bringing more dangers and so on. It&rsquo;s a question of making an ‘odds-on assessment&rsquo;, deciding if the risk is acceptable and getting on with it. Reading more of Branson&rsquo;s history of aviation in my bath this morning I thought this quote was about right. It&rsquo;s from Douglas Bader of &ldquo;Reach for the Sky&rdquo;, for whom Branson&rsquo;s book is also named. He says of Bader, whom he knew personally,

&ldquo;This irascible old man was also one of the funniest and most generous a child could know. His example gave me my confidence. He also gave me and my generation one of the best pieces of business advice ever formulated: ‘Rules&rsquo;, he once said, ‘were for the guidance of wise men &ndash; and for the obedience of fools.&rsquo;&rdquo;

(In introducing Bader, the World War 2 ace who flew with artificial legs, Branson also uses another line which I really loved, it goes like this: &ldquo;He had a wide and generous definition of what a fool was, and he didn&rsquo;t suffer them gladly.&rdquo;)

OK, so that&rsquo;s the rules. What a pity I have, in the same post, to write about the China 919 question! Actually, Jean and I only found out about the fiasco when my brother Andrew directed us to our own Facebook page late last night! After we landed ATC ground instructed us to taxi by taxiway &ldquo;November Charlie to the end&rdquo;. We were already on a taxiway, the name of which I don&rsquo;t recall. I was on the radio, Jean driving. We came to a multi-directional crossing about 40 meters off the active runway and I asked which way we should go. As it turned out November Charlie was marked with two boards, but it did an acute angle there, one sharp right, back towards the active runway at a gentle angle, the other gentle right, curving to parallel with the runway. The ATC said &ldquo;turn right onto November Charlie&rdquo;. Jean assumed he meant hard right, so commenced turning. ATC quickly chipped in &ldquo;No, no&rdquo;, so Jean continued the turn, on a tickie, doing a 360, and then headed off at the gentle right angle.

Even if we&rsquo;d gone down the sharp right ‘on-ramp&rsquo; to the runway, it was a good 50 metres to the active runway junction and the &ldquo;stop line&rdquo; was a good 30 meters from where we were. Anyhow, being on the ground frequency, we didn&rsquo;t even realise that there&rsquo;d been any consequence, since the China 919 flight was obviously on the tower frequency already. Hence we discovered that there&rsquo;d been problems only when this popped up on our Facebook page after we got to the hotel (we&rsquo;d even spent three quarters of an hour on the far apron refueling and it wasn&rsquo;t brought to our attention!). What must have happened is that the China Airlines flight was already rolling and saw us doing a turn back towards the runway. Although there was a good 50 meters for us to run to get to the active runway on that taxiway, it was at an acute angle, which perhaps he couldn&rsquo;t see, so perpendicularly we were probably only 20 meters off the runway. Anyhow, he probably just thought &ldquo;What the hell are these lunatics in this little mosquito doing? I&rsquo;m not going to take any chances, I&rsquo;m hitting the brakes.&rdquo; I assume that he must have hit them pretty hard and somehow burst a tyre. Hhhmmm, what a pity &ndash; it kind of bursts my bubble a bit &ndash; I thought we&rsquo;d been doing so well. Anyhow, life has a habit of bumping you down a couple of rungs just when you think you&rsquo;re up!

Taiwan is a hectic place by first impressions, and we&rsquo;ll now head off to see central Taipei. It looks like we won&rsquo;t be getting out of here tomorrow for Japan, as we&rsquo;d initially hoped, but as SA wakes up and we get updates on that, we&rsquo;ll report.

Reflecting on the last few days -204

Jean writes to MGL Avionics about the EFIS -206

Reporting back from Sri Lanka -188 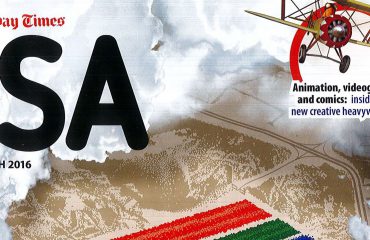