Great progress and then frustration -165

It’s been a mixed day. We made awesome progress last night and our machine is now ready to fly, save that we need to wait the full curing period for the bonding agent used to attach the canopy perspex to the frame. The engine is sweet and we had some anxious moments as we weighed her to check the CG properly for the first time. There was great relief as she came in absolutely perfectly where we wanted her. Well done Terry!

The law in South Africa requires 25 hours of proving flights in any aircraft which uses an “approved or type-certificated aircraft engine”, whereas 40 hours are required where “any other engine” is used. Only the engine is relevant in determining the number of hours required and The Airplane Factory is of the view that on a proper interpretation the Rotax 914 UL engine is an engine approved for aircraft. The CAA, however, has traditionally adopted the opposite approach.

Since it is only possible to make Oshkosh safely and comfortably if ZU-TAF departs on Saturday evening, The Airplane Factory has been gunning for 25 proving hours rather than 40. Due to the CAA interpretation of the relevant section, however, it became necessary to formally apply for an exemption from the 40 hour requirement. Surprisingly that exemption application has been refused – surprisingly given that the engine is approved for use in a number of other aircraft types, that the engine has been comprehensively tested in a number of other standard Slings which are exactly the same as the Sling 4 from the instrument panel forward and also that the identical Rotax 914 UL is in any event also sold as a type certificated engine.

Anyhow, if we are unable to persuade the CAA otherwise tomorrow morning, this unexpected curved ball now makes it very, very difficult for ZU-TAF to get to Oshkosh before the show ends. Nevertheless, in true Airplane Factory style we will soldier on in the hope that if the CAA doesn’t come around, a miracle may eventuate. Perhaps if we fly 40 hours in the 52 hours between 8am tomorrow morning and midday on Sunday (helpful CAA officials have offered to assist us with documentation on the weekend if required) and get away on Sunday evening the earth’s rate of rotation will decrease for a while and we will still be able to make Oshkosh on the final Saturday! Right now we’re working on all possibilities, no matter how narrow, subject always, however, to considerations of safety.

The Sling 4 flies amidst a small change of plan -166

Procedure for using HF radios when crossing the ocean -216 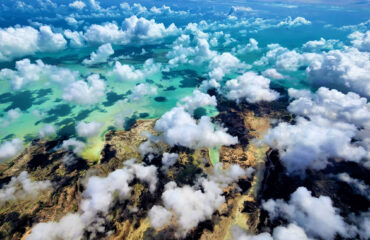