I just had a brief chat to James … they are both really exhausted and slightly rattled.

They landed after a 21 hour flight at just after 4am SA time after a very tough flight. During the daylight hours they found their way around the storms OK, but there were periods in the night when it was nasty trying to find their way without crashing straight into a bad storm. James’ commented “it is really dangerous flying into these conditions at night”.

Then … sometime in the night the engine started to splutter with a low fuel pressure which was resolved by putting the second pump on – but then it meant they were out there after that with just one pump working. Also at one point they got a fright when they lost oil pressure and the temperatures all went into the red – it wasn’t an engine issue, it was an electrical issue but still it really gave them a huge fright until they worked out what was going on.

Their plans – initially they intended going straight on to Phuket today but they must first sort out the fuel pump, the electrics and get some well deserved rest.

Video of James talking about EFIS -185

Looking at the weather for this leg -190 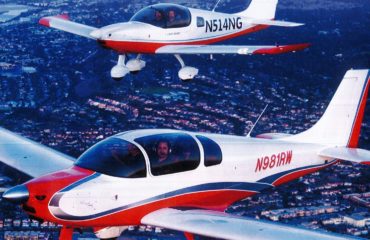