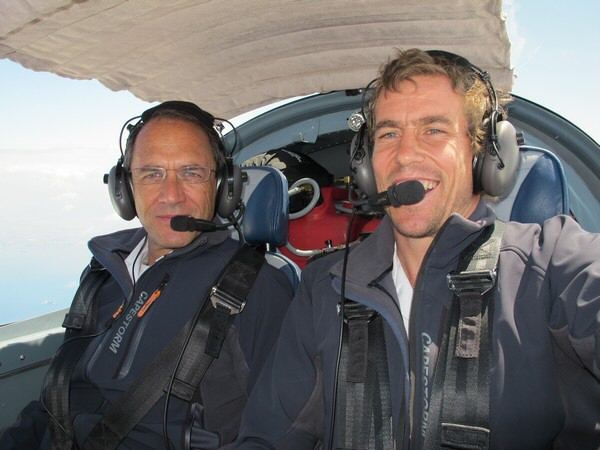 Getting out of Egypt was as we expected – a bit of a nightmare. One bit of advice I can give everyone – do not fly a private aircraft into Sudan or Egypt. I am sure there are other countries in the world which are “small private aircraft unfriendly” but in my opinion those 2 countries are the worst of all … and I have flown small aircraft through about 50 countries I guess. The overnight stop in Khartoum cost us a whopping US$ 2085.00 – that is Euro 1550.00 or R15,000.00. 200 litres of Avgas cost us US$ 1100.00. The stop in Egypt cost us US$ 1100 excluding the fuel and hotel which we paid for ourselves. The fuel incidentally was extremely cheap – 200 litres cost us about USD 50.00 … of course that is car fuel – 90 octane stuff that the engine would prefer not to drink!

So after having our flight plan rejected about 5 times and then fighting about the costs and hiding from short rain showers we eventually took off at 11.59 am local time. Immediately we were airborne the headwind made its unwelcome presence felt. Our ground speed on average was about 85 knots while our true airspeed the whole way was in the region of 110 to 115 knots. At one time we had a 40 knot headwind! And at flight level 085 (8500 ft asl) the temperature was 2 degrees C.

After takeoff James and I chatted about our emergency drill in the event of a water landing. As the PIC on this flight James was to fly the plane, do the mayday calls, try the restarts etc. I was to activate the emergency signal on the IndigoSat tracker, activate the PLB, get the emergency survival kit ready, unlock the canopy. So that was it .. once we had all of that in our minds then there was no point in worrying any more about it otherwise you might drive yourself mad !

As we were flying past Athens, Athenia control contacted us to say that the Bulgarians would not let us fly on a VFR flight plan into their airspace. At first we asked to change to an IFR flight plan but then started talking about finding a place to land in Greece for the night. Having a look on the map we saw that we were going quite close past Mykonos and asked ATC for an overnight diversion but we were told there was a problem with customs and they suggested that we go to Mitilini on the island of Lesbos.

Right now we are sitting in a pavement café watching the Lesbo people walk by! We need a rest so we have decided to give Sofia a miss altogether – the reason is simple … it is easier to do long distance flights than to deal with all the admin on the ground. Arranging parking, customs, immigration, pay fees, file a new flight plan, find a reasonable hotel, change money etc. Sometimes things go well but like in Sudan and Egypt it can be hell. It is a lot easier being the two of us because we split duties but still …

So we take off tomorrow at 6.30 am local time and the flight will be about 8.5 hours because of the 20 – 25 knot headwinds but still it will be easy except … we do pass through a hell of a lot of countries and loads of airspaces! Here is a list of the countries: Greece, Turkey, Greece, Bulgaria, Romania, Hungary, Slovakia and Poland. We haven't gone through it all yet but we will probably do about 40 frequency changes! Fun and it is bound to keep us awake.

Bye for now
Mike and James

3 April – in Khartoum where it’s as hot as hell 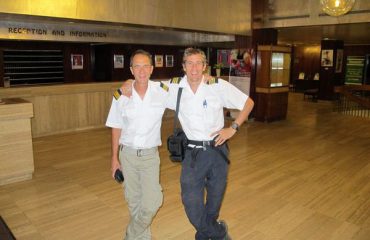