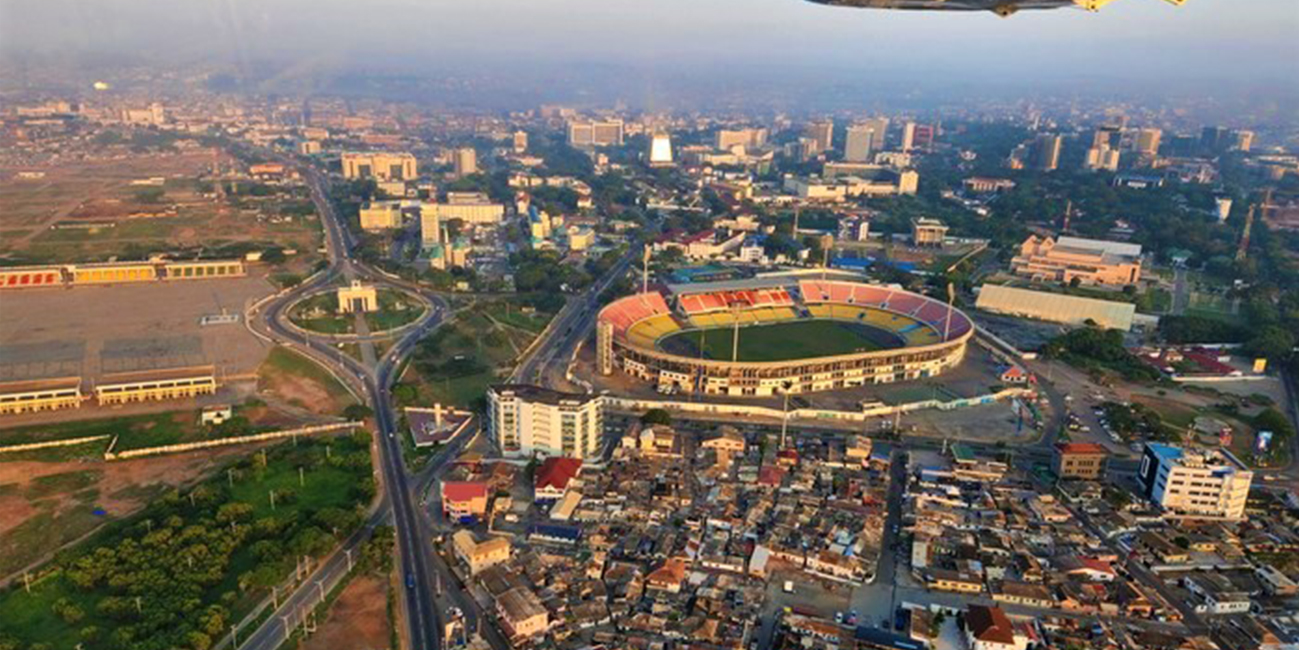 Actually, yesterday was much harder than today! As I always find on sustained aircraft trips – the flying is the easy part. The flight from take-off in Accra to touchdown in Praia finally took us 13 hours, but the real effort was in getting it all setup.

Ghana must be one of the friendliest countries on earth. Just about everybody is nice – even the person telling you you’re not allowed to do whatever it is you want to be doing. But it is quite structured – and you can’t get away with doing what you’re not allowed to. So for example, one of those things is to take any car fuel onto the Kotoki International Accra airport. Despite the fact that there’s no avgas. Moreover, the fact that an aircraft on the apron uses an engine which is designed specifically for mogas is of no consequence – Mogas airside just IS NOT, and WILL NOT BE ALLOWED.

So in our case, we lost a day, but found someone who had some avgas (USD 8.50 a liter) – very old, but properly sealed and actually 100% perfect, water and corrosion free and serviceable. We got two of the aircraft filled, siphoning from 44-gallon drums on the back of a bakkie. That was until GACL (Ghana Airports Company Limited) had a cadenza because there was no fire engine present. So USD 250 and an hour later, we could resume upon which time it was established that the supplier (a reputable flight handling business) had relinquished its license to supply fuel on the field 18 months previously. The fuel was being illegally supplied. Plus, there was no certificate of origin.

So we were stopped mid-stride. Following wait after wait, email indemnities, correspondence, cajoling, begging and so on, it was clear that GACL’s lawyers were in a meeting and the matter would have to wait. So we returned to the hotel for a swim and food. Later in the evening, we were told that the lawyers had decided that, provided we provided written confirmation on letterhead paper of the suitability of the fuel, an indemnity and confirmation that the person signing the indemnity letter (me) had the required authority to bind the operator, we would be allowed to complete the process and leave.

Being a lawyer, I whipped that up on my computer in 5. We returned to the airport and were done fuelling by 21h00 or so, exhausted, stressed out, and having left a written flight plan to Cape Verde for filing – we needed to leave at 06h00 sharp (only IF before that), in order to have a chance of landing in Praia before dark.

At 23h00, back in the hotel we were called and informed that one formation flight plan was not good enough. So we prepared another three plans and emailed them through. Despite confirmations and promises, they weren’t filed, which we only discovered on the tarmac when we tried to leave at 0600Z this morning. Luckily in Ghana, you can file an international flight plan and depart immediately as soon as it’s accepted. So 20 minutes, and lots of swearing later, we were on our way.

Anyhow, it all serves as something of an illustration of the manner in which the systems which are supposed to provide consistency and safety often work in perverse ways. The safest, best fuel for our aeroplanes is unleaded car fuel. Toyotas do brilliantly and incredibly reliably on it. If we could just have used that, we’d have saved thousands of US Dollars and had a perfect, safe solution on day one. Hhhmmm.

Still – we got away. We had a LOT of fun flying through, around, under and over some clouds in between, and we landed in Praia 40 minutes before sunset. Also super friendly, quite paraat and slow, and also no avgas. But we’re making a plan. Tomorrow we rest, fuel, wash clothes, eat, drink and relax, and Saturday, we head for Barbados. There, we’ll rest another day before heading to the Bahamas and on to Osh over, I hope, two or three further days, to arrive either Tuesday or Wednesday. Not ideal, but fair enough for the journey taken. (Actually, my impression is that Oshkosh loves stories of human endeavour more than the outcomes of financial behemoths).

The high wings are flying incredibly well. Standard (“A”) tanks are 99 litres per wing. “Standard” long-range (“B”) tanks are another 25 litres per wing. A transfer pump pumps from B’s to A’s in flight. Then for the trip, we’ve put another two, inter-connected 160 litre “C” tanks into the rear of each of the planes. So that’s 568 liters overall.

With two pilots, clothes, emergency equipment, food and drink, documentation, Matt’s wheelchair and the like, you can imagine that the aeroplanes are pretty heavy. But they fly fine, and the Garmin autopilots are incredible. Ordinarily, a Sling High Wing flies at about 142 KTAS burning 29 lph. Heavy like this, they initially fly at 126 to 128 KTAS, burning 33 lph. Later in the leg, they fly using 30 lph at more than 140 KTAS. Flight endurance, flying cautiously, is therefore just about 18 hours, which gives a no-wind range of, conservatively, 2,250 nm.

It’s 2,100 nm from Praia to Barbados and the wind reliably howls from east to west, so it’s not an at all unreasonable proposition. 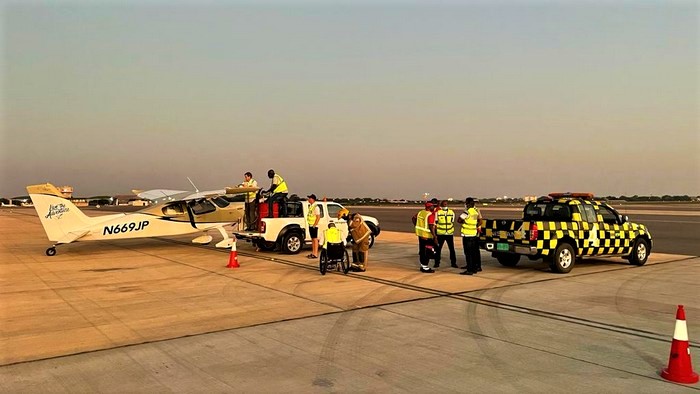 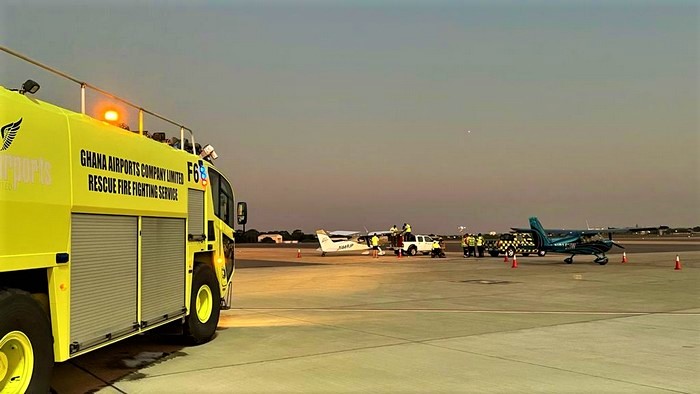 Then with the fire-truck. 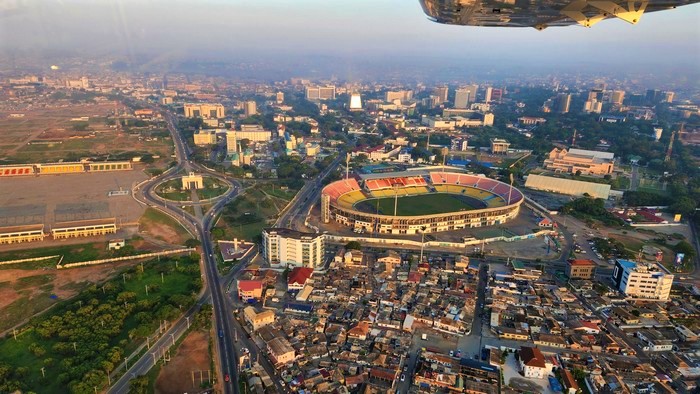 Out of Accra – where the Black Stars play. 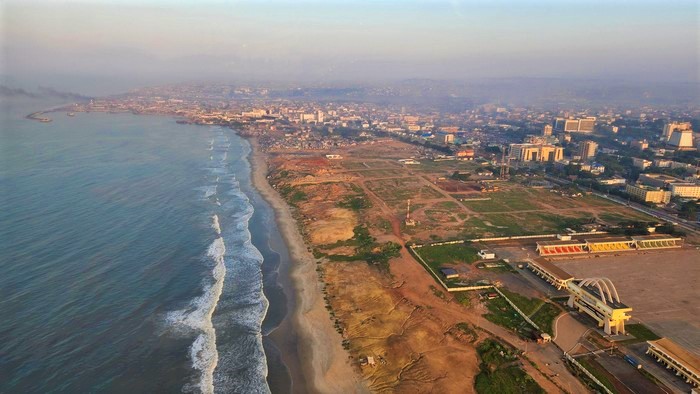 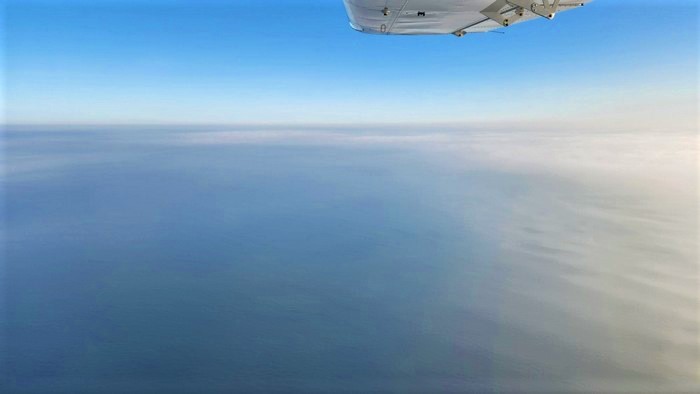 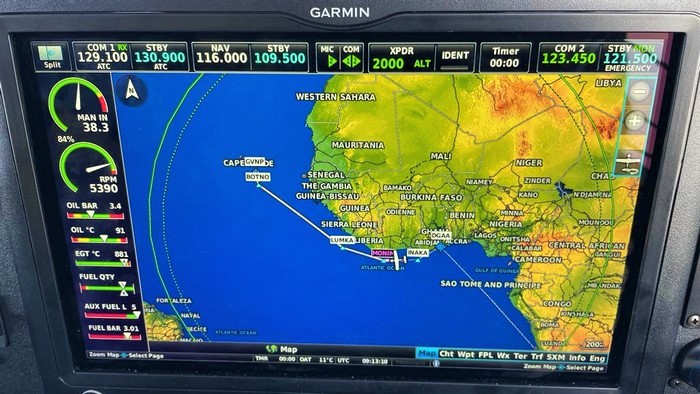 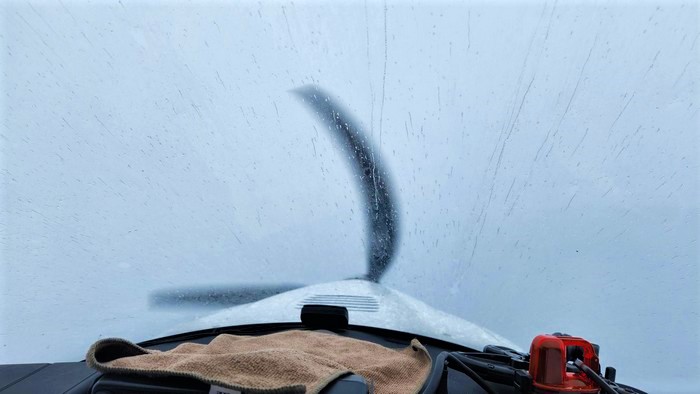 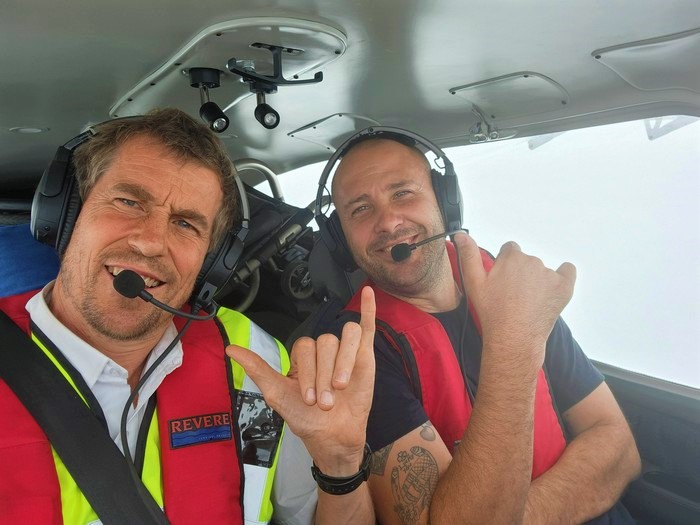 Relaxing while the AP flies through the cloud. 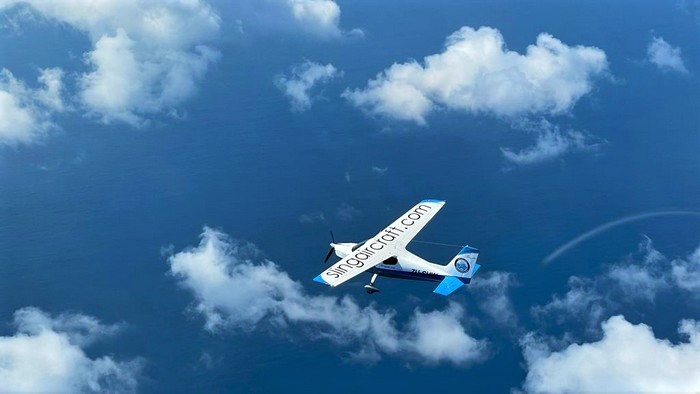 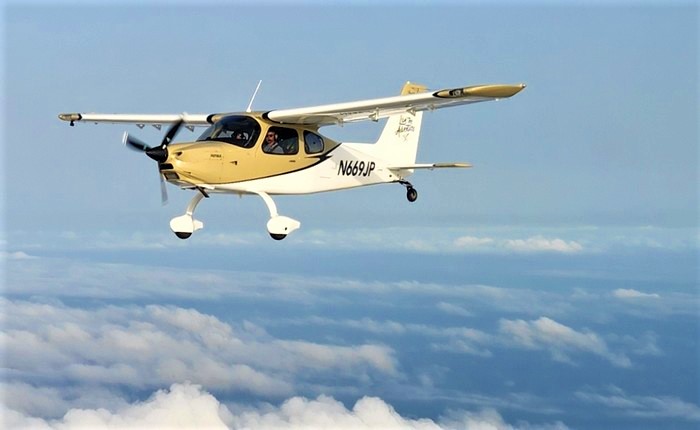 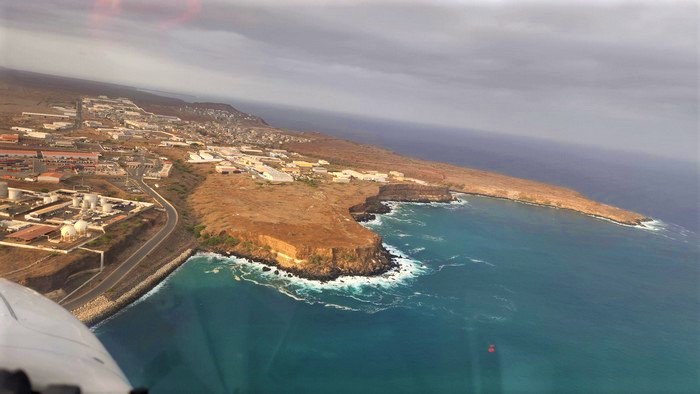 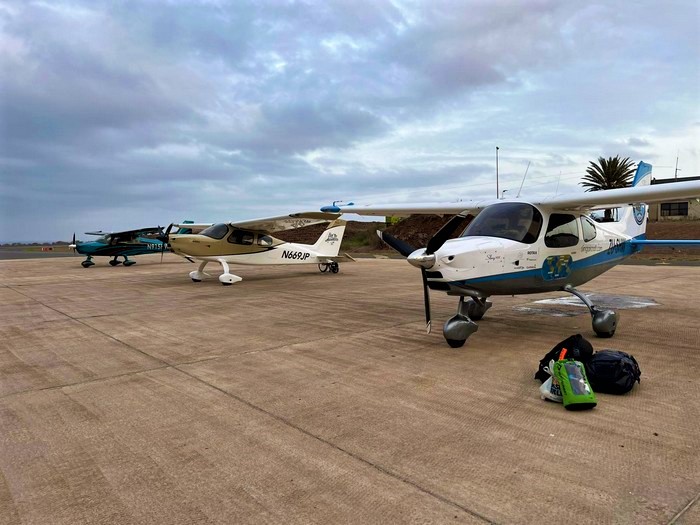 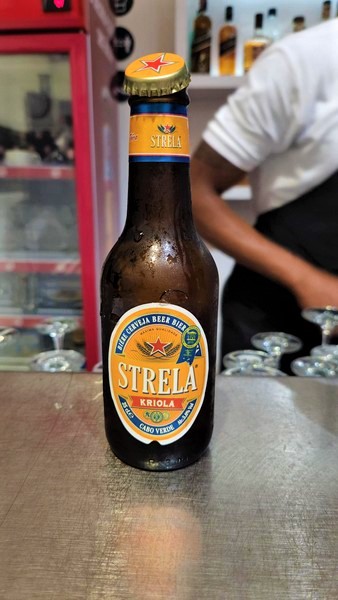 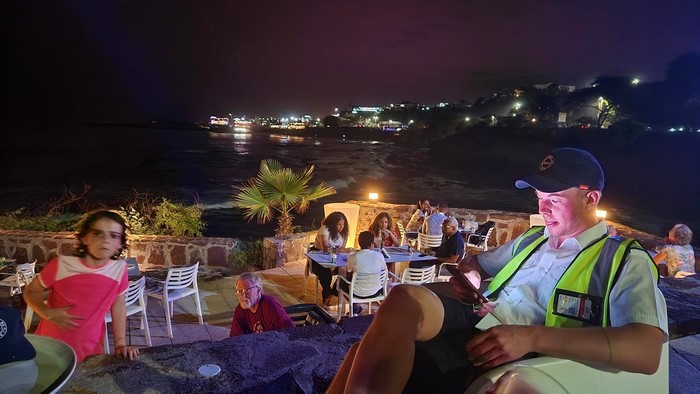 And another Sling takes to the skies for the first time! -322