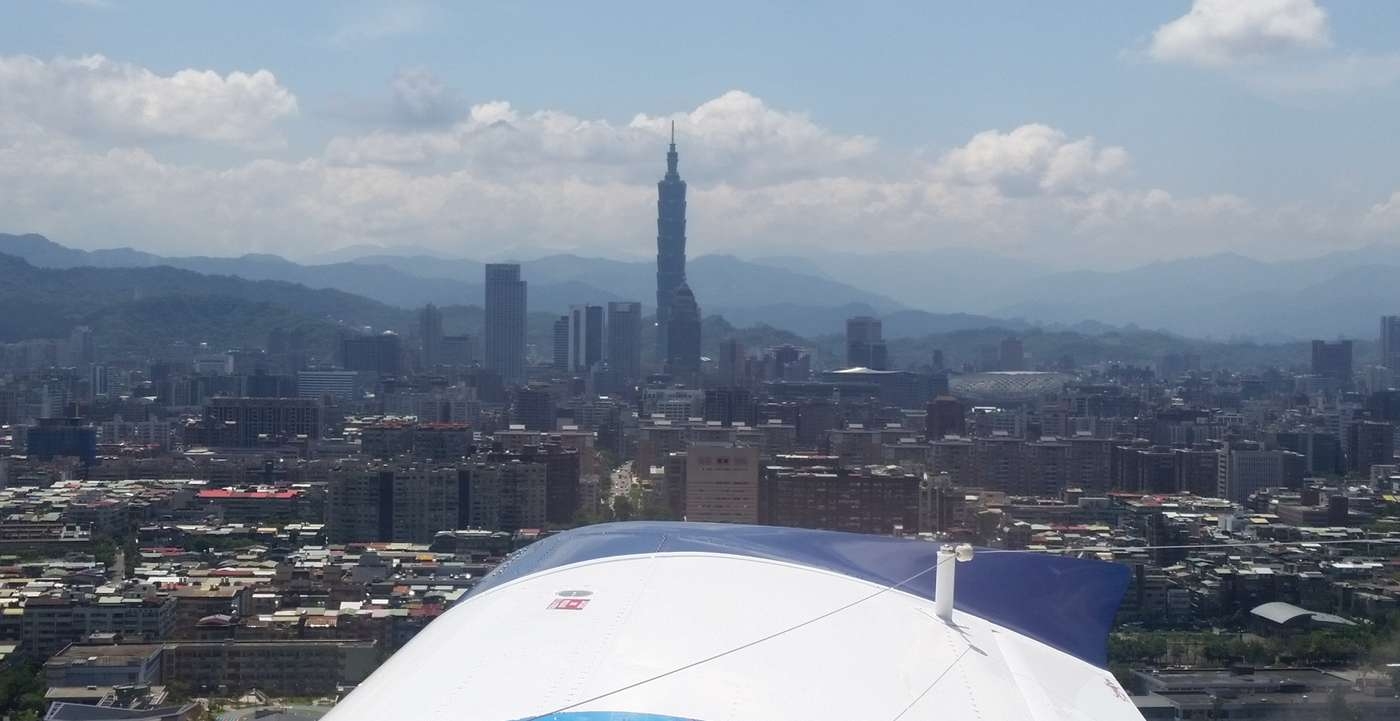 History Made! Flight Around Taiwan!

We have just got airborne off rwy10 climbing directly to 6000ft turning onto a heading of 170 which is taking us out over the mountains to the east coast. Getting clearance to do this most unusual flight turned out to be quite easy once Patrick had explained our aim, and we were helped on our way, enthusiastically. This gives great promise that it will indeed be possible to soon see General
Aviation take root and flourish in Taiwan. It is for this reason that Patrick wanted to do this trip and become known to the Civil Aviation Authority enabling him to play an active part in promoting the development of private recreational aviation in his country.

I am writing this story as we fly around on this ground-breaking flight, feeling very privileged to be up here with Patrick seeing his smile as his dream becomes reality.

We have been routed a few miles off the east coast at 8000ft to avoid restricted military airspace. From this perspective we can see the entire coastline below a layer of cloud, stretching the entire length of Taiwan. Large rivers run onto the sea evidenced by the brown signatures they create far out into the sea. I look forward to getting to the south end of the island, where we will do a touch and go at Hengchun airport and then head up the west coast this time over the land being able to see more of this very beautiful island that I am growing very fond of as I am too the people of this world.

Our first touch and go will be at Fongnian about three quarter way down the east coast. We’ve been cleared to descend and maintain 3000ft. At 3000 they vector us out to sea for further vectoring for a visual approach. I think the controllers have an airliner in mind. This puts us about twenty miles off the coast. Not far for what we are used to but very far out for the average recreational pilot. We still have all our kit aboard including our life raft. Now they vector us 200 degrees and descend to 2000ft. New heading 240. We are still not pointing at the field. Still no field in sight
either. New heading 270. Better. Now 280 better still bad visibility getting better at 8 miles. Handed over to the tower and cleared for a touch and go on runway 04.

That went well, a large runway surrounded by green grass serving a coastal town. A beautiful place. Now we are heading south for a touch and go at the southernmost point of the island.

The wind was directly cross at 17 knots. The first landing convinced Patrick to do one more which turned out much better than the first. Now we on the climb for a touch and go at Koahsiung about 30 miles up the west coast.

That went well and now we are headed back ‘home’ in the north. Taiwan controllers not being accustomed to VFR they routed us out to sea and climbed us up to 5000, which is unfortunate because with bad visibility we are seeing very little of the island.

Patrick is very pleased that we are managing to do this flight giving more hope and to his noble aviation intentions. I must confess to feeling a little sad that this is the last flight for me with Patrick on this trip. We’ve spent over 60 hours flying together, eaten exotic meals and seen some amazing places.

James will be arriving tomorrow in time for a press conference on Thursday announcing TAF ASIA. After that him and Patrick will attend an airshow in China before completing Patrick’s circumnavigation by flying back to TAF South Africa.

There are 38 minutes left of this flight. The clouds have cleared and we ate over land about miles from the coast. The area below us is a patchwork of green fields .Beautiful countryside. Still lots of dwellings and wherever there are buildings they are dense utilising space to the maximum. An interesting thing I notice is the majority of modern roofing is white. Very sensible tropical practice. With all the mountains and hills covered in dense tropical vegetation and flat land between either agricultural or densely populated it strangely makes up for a very balanced feel of land usage. Very pleasing to the eye.

We arrived onto the ILS glide slope for our last landing together. Perfectly set up and still flying in on the autopilot we were able to savour the astounding view of Taipei city with the 101 side lit by the afternoon sun. A perfect way to remember this amazing city. Thanks for sharing this ride Pat, enjoy the rest of your journey and happy landing my friend. 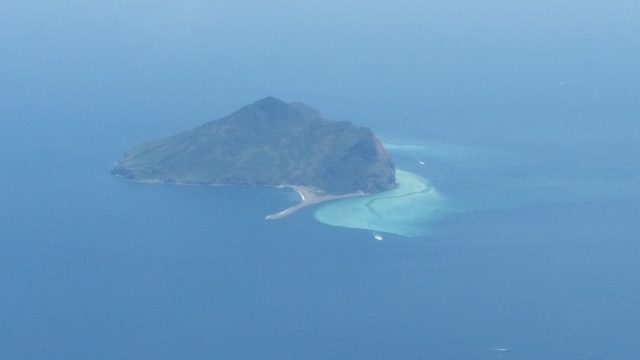 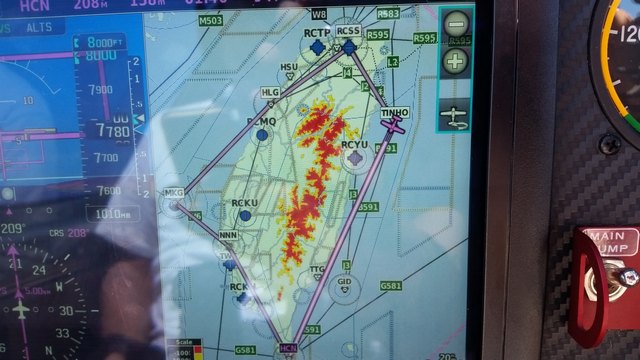 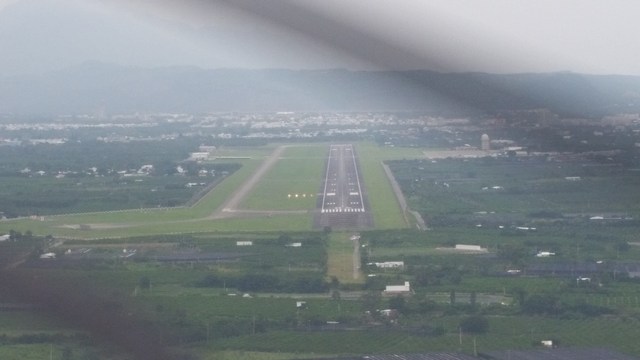 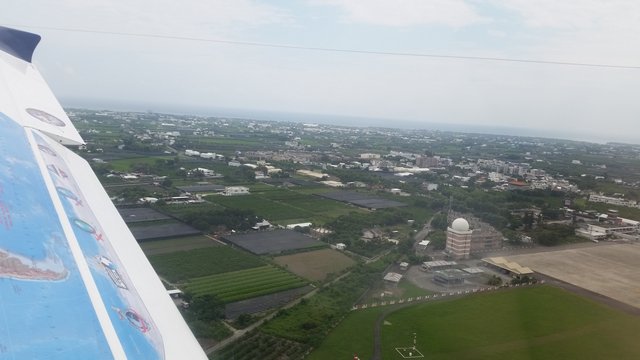 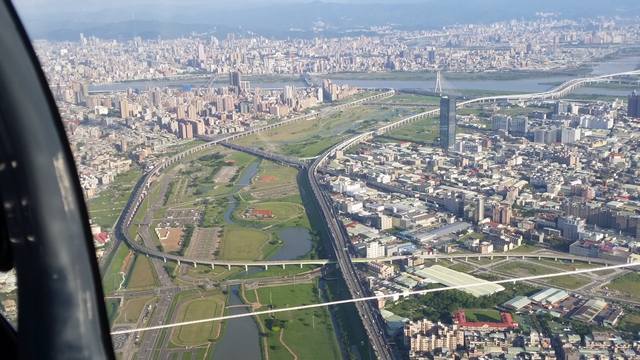 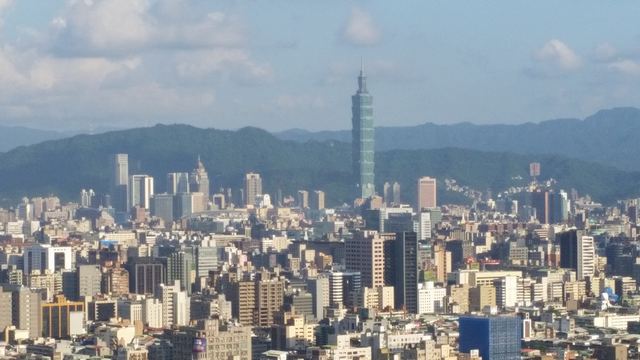 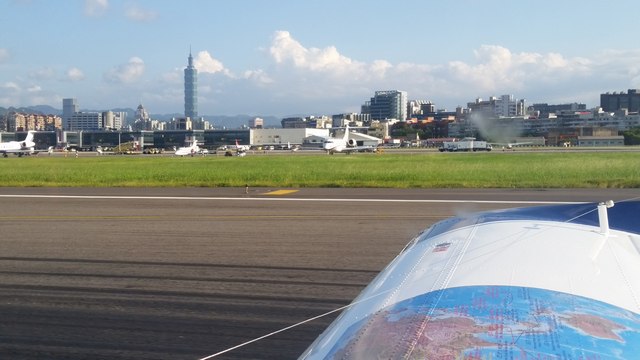 Patrick and Jean safe in Hawaii 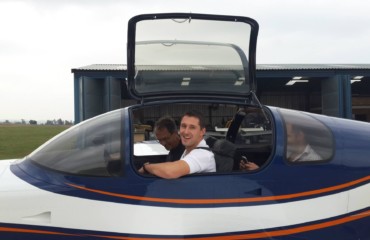 Mike & Andy fly away – All great things are worth waiting for 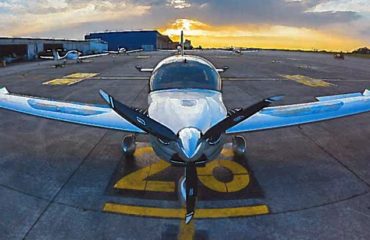